THE EVOLUTION OF INFLUENCER MARKETING 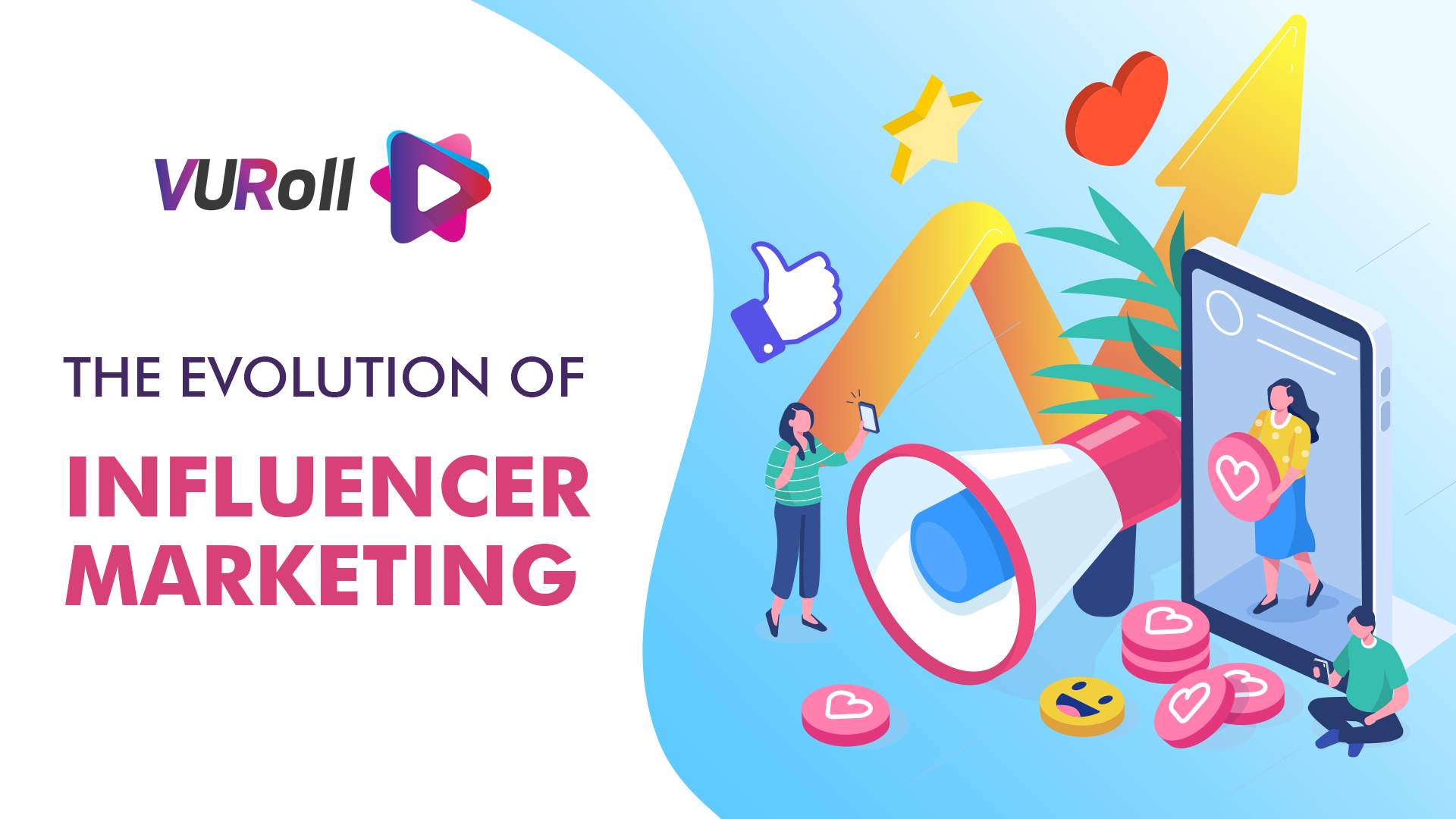 In recent years, with the ascent of social media use, various individuals create their accounts, stories, videos, and photos to gain millions of followers. Social media got the vital parts of our regular day to day existence.

Advertisers are contributing more time and media dollars on influencer marketing.  Influential influencers assist brands reach their targeted audience, drive engagement, and build trust among the audience through engaging content. Marketers would now be able to see the power of working with influential voices to make brand awareness and acceptance for their brand.

In the year 2000, 70 million computers were connected to the Internet. Friendster launched and became the first social platform that gained 3 million users in just three months. At the same period, a blogging platform called BlogSpot was launched, and in 2003, the platform was bought by Google. In the later year, My Space was also launched in.

In 2004, Facebook was born, but with a restriction for its availability as college students can operate the application. In 2005, YouTube came to the Internet and became the first influencer platform to create videos and share them with the audiences. This creates the trend of making long and short videos to connect with the audience.

With the sharing of hobbies and talents to earn money, it is now the 2nd most common social media platform for influencers. In recent years, Twitter has been launched and knocked its existence over the Internet.

Facebook has gained so much popularity among youngsters and became the largest social media platform. With respect to Facebook, Twitter also gained the popularity that allowed people to openly express their opinions, post pictures, tag each other, and whatnot. The idea of following each other came in reality that now makes millions of audience.

In October 2010, Instagram hit the Apple Store. The photo-sharing app was basic, efficient, and exactly what people wanted. Within the weeks, Instagram hits more than 30 million download. Instagram became the amazing social sharing platform that created another interest for user integration and usage through pictures and videos. About 18 months after that, the app propelled on Play store where they hit one million users by clicking pictures and posting it on the app.

Google launched Google+ for local listing. The power of social media has started to be reflected in our lives. The same year, Facebook reached annual revenue of around 3.7 billion dollars, and Twitter generated 12,233 tweets every second. Around 2–3 billion YouTube videos have been watched.

Facebook reached annual revenue of around 3.7 billion dollars while Twitter generated around 12,233 tweets every second. 2–3 billion YouTube videos were watched during this year which marks the excess of social media during this period. Snapchat was first launched in 2013, which came up with the idea of stories within the social media ecosystem. Pinterest also started as a content curation site.

In the year of 2013, Snapchat was first launched with an idea of sharing stories over social media. In the later year, this trend was followed by Instagram that makes it top-most ranked social media platform for marketing purposes.

Facebook also started supporting ads, which brought about a shift in the advertising mindset. Instagram became the transparent application where individuals directly reach out to the lives of their favourite celebrities.  There was an unexpected rise of bloggers exploring their talents, interests and sharing it with the world through visual content.

Brands began to acknowledge that traditional digital advertising was no longer unique. Innovatively integrating the brand and tailoring it to the platforms that share a similar worth is the thing that branded content guaranteed. The visual content drew individuals’ consideration as well as showed them what they wanted to see.

In 2017, ‘Instagram influencers’ became a ‘thing’ on the social media marketing platform and this catches the attention of marketers. Instagram influencers create a new wave of digital marketing as brands start product integration and content placements on the app through them. This generates brand awareness, which in return increased their revenue tremendously.

Advertisers became aware that individuals depended on credibility and influencers offered it to them. They understood the capability of influencing potential customers through quality content promoted by trusted individuals. Music.ly also launched this year which is now famed as Tik Tok gained massive popularity for its short videos.

Instagram Story, Facebook Live, and YouTube Live are additionally owned as social media tools for promoting a brand as well as creating awareness amongst the consumers, which launched during 2019. These channels guarantee better ROI by associating brands with real influencers and providing them with real-time engagement analytics that assists brands with ad-libbing and improves later on.

The current digital market scenario is exceptionally focused around the actual needs of consumers, and it is their choice that defines where brands stand today in the market. And, VURoll Content Creation consistently strived for growth and advancement in the Influencer platform. Influencer marketing is a thriving tool that’s making the business of influence noteworthy. It’s now or never.