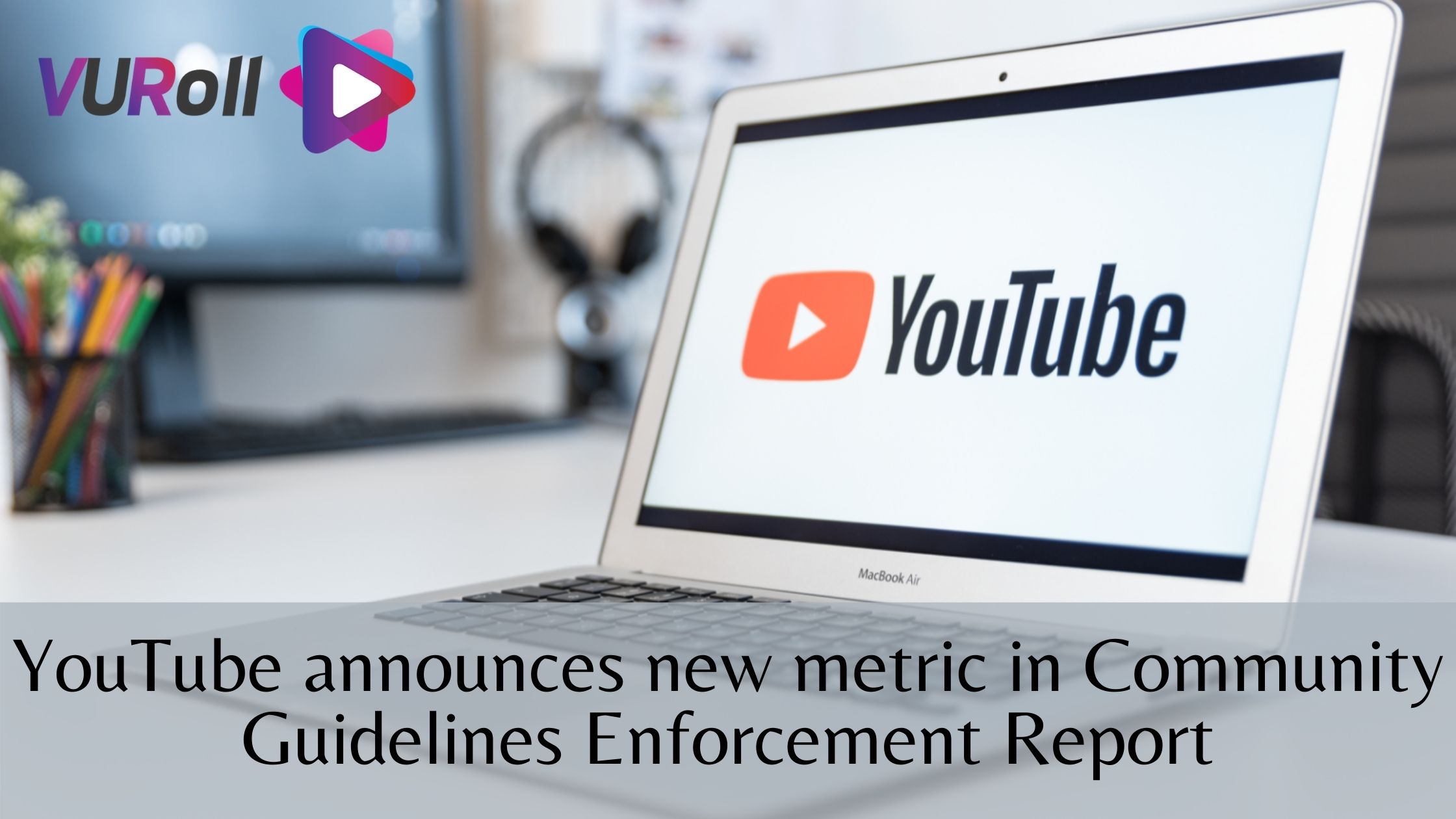 VIOLATIVE VIEW RATE: This new metric will give us the insight of views garnered from the content that contravene the community guidelines on YouTube, and this will be made available for Enforcement Report of Q4 2020 (Oct-Dec) and moving forward.

YouTube has implemented a new feature on their platform. According to reports, Community Guidelines Enforcement Report have incorporated a new and separate section, named as “VIEWS”, which will showcase historical and new (As implemented) data, giving an estimate percentage of views on YouTube, which are generated from violative content, in order to improve the transparency and effectiveness of YouTube systems.

YouTube brings up Violative View Rate (VVR) as a productive way to measure the impact of unfavorable content on their viewers. VVR is enumerated by assessing a specimen of videos through content viewers, who confirms which content violates the YouTube guidelines and policies. This metric is defined to provide an exhaustive overview of violative content that might have skipped from the systems of YouTube. The platform also confirms that the numbers would not be stable and may fluctuate up and down, which is completely depended on the content caught and categorized as violative.

The YouTube squad started measuring this metric way back in 2017, and the organization uses it as a mainstream insight to measure their dedicated work. YouTube says that the most recent VVR received is around 0.16-0.18%, means that out of every 10,000 views generated on YouTube, 16-18 views are sourced from violated content, which is down by 70%, in contrast to the same quarter of 2017.

VVR is intended to provide limelight on violative content’s impact, in accordance to the duration it was accessible on the platform and views garnered. For exemplar, the turnaround time to pull off a violative video does not time the actual impact of violative content on the viewer. It would play a vital role in understanding the comparison of occurrences, like a violative video that acquired 100 views, but was live on platform for more than 24 hours, with the content that got the reach of thousands in terms of views in the first few hours of upload before its removal.

YouTube team would definitely update their guidelines, and work with their experts to the put a hold on the violative content on the platform.